Lyme disease, or neuroborreliosis, has left millions of people to suffer when it becomes chronic or late stage. Lyme disease is rarely the only infection patients have after becoming ill. People with Lyme often carry a variety of co-infections and become prone to latent viral and opportunistic infections.

Due to lipoproteins shed by Lyme spirochetes, a large number of people who have this debilitating disease often end up with an impaired immune system that is unable to keep reactivated viruses and opportunistic infections at bay.

Lipoproteins that are shed by spirochetes are ignored by both the Infectious Diseases Society of America (IDSA) guidelines that are used by the Centers for Disease Control and Prevention (CDC), and the International Lyme and Associated Diseases Society (ILADS).  These facts are missing in their case definitions of Lyme disease. Victims of this outcome are frequently misdiagnosed or denied any diagnosis or proper treatment.

The only CDC-sanctioned Lyme disease testing is ANTIBODY based. People whose immune systems are damaged (immunosuppression) don't produce the required antibodies to attain a positive CDC test.

The currently used “Dearborn” case definition was put in place in 1994, when the now-failed Lyme vaccine (LYMErix) was in the clinical trial stage.

For the LYMErix vaccine, the CDC used OspA/Pam3cys (a highly acylated lipoprotein, TLR2/1 agonist; triacylated, that's also shed by the organisms that cause Lyme disease) and it caused adverse events. These adverse events led vaccine injured patients to have symptoms that looked exactly like what we know as "chronic Lyme disease" or "post-treatment Lyme disease syndrome (PTLDS). Same as being bitten (injected) by a tick. 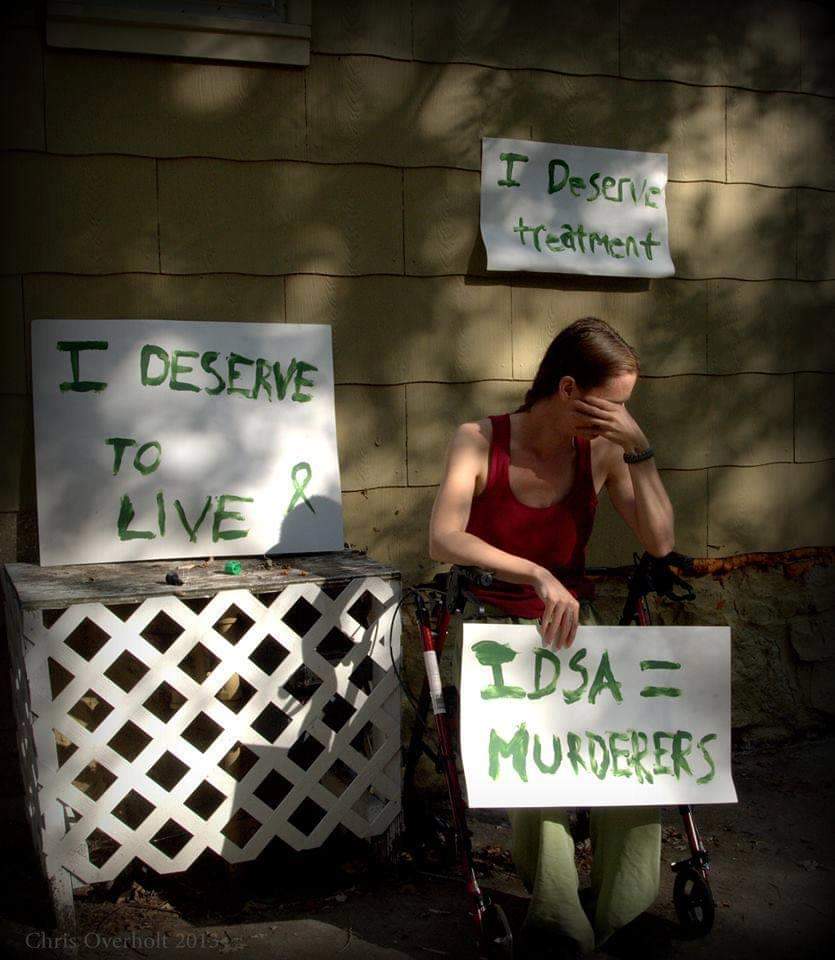 In the Lyme world, there are currently two different definitions of Lyme disease. The ILADS model, and the IDSA model do not take into account the mechanisms of disease as demonstrated by the LYMErix debacle. They both fail to address the key mechanisms of the disease: Immunosuppression.

Both IDSA and ILADS portray Lyme disease as a treatable infection, when in actuality only 50% respond to treatment, and usually is only a temporary improvement in symptoms. These definitions keep millions sick, many disabled, and for some shortens their lifespan. These definitions also are preventing proper diagnosis for millions of current and future tick-borne illnesses.

Here is the Science Behind Why a Lyme Vaccine Will Harm:

The main ingredient in the Lyme vaccine is OspA which is the very same thing that makes people chronically ill from a tick bite. You cannot vaccinate with or against OspA - a fungal-like endotoxin.

Just ask the many victims of LYMErix (1998-2001) who were made chronically ill.There’s plenty of FDA testimony to this effect. See link above: "LYMErix Vaccine Victim's Stories~FDA Jan. 2001"

SHORT VERSION of “the disease is caused by the vaccine.” Lyme and LYMErix disease = same post-sepsis syndrome. --  article by janmusinskiearthlinknet on 5 Jul 2018 for Cryme Disease blog.

It is important for people to understand WHY Lyme disease is persistent.

First priority to open up the floodgates so all Lyme victims can receive proper recognition, proper disability evaluations, and adequate treatments:

1. REMOVAL of the falsified Lyme disease case definition AKA "Dearborn" -1994, which would eliminate the fraudulent two-tier Lyme testing (which misses most neurological Lyme patients).

2. DEMAND a criminal investigation, a congressional hearing and a prosecution.

3. FIGHT for proper treatment and compassionate care along with May12.org.

We also recommend using these hashtags when sharing on social media: